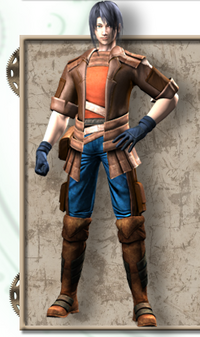 Zevil is a brave and friendly merchant who travels the world. He believes in merit and hope. When he was younger, his family was attacked by bandits. Only he and his sister Carol survived.

Zevil used to be consumed with hunting down those responsible, but Carol eventually convinced him to abandon his quest for vengeance. It was her belief that living in peace was worth more than living for revenge.

Zevil was away when their village of Ridgeroad was attacked. Upon his return, he discovered Carol had disappeared. 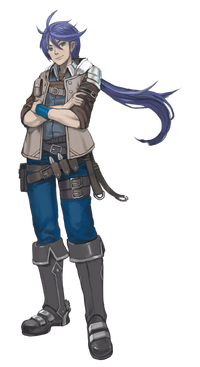 After the incidents of AeternoBlade, Zevil quit his job as an adventurer and started a shop with his sister. Once again he assists Freyja on her journey.